The Second Greatest Ancient Hindhu Temple In The World

“More than 240 temple was build on 49,284 m2 wide area on the 9th Century. It was intended as a Dharma and Ivory Tower for the Ancient Mataram Kingdom civilization. A noble work that was expected to be the monumen of pride and jewel of civilization” – Pramumijoyo in his book Membangun kembali Prambanan

Angkor Wat is regarded as the biggest and largest Hindhu Temple in the world nowaday. However, do you know that was starting on the 12th Century? Then, what was the biggest and the largest one before? The one which is far older before Angkor Wat, and it even was built on the 9th. The Shivayana Temple called Prambanan Temple was. The greatest Hindhuism heritage existed in it’s era.

It was decorated magnificently by two famous and inspiring story from the Hindhu Bible directly. Ramayana love story and Kresnayana. Both stories was described beautifully along the temple wall. Making The Gallant Three Major Temple look more beautiful from near.

In this place, you can satisfy your eyes not with the beautiful views of those gallant and marvelous temple, but also your thirst of knowledge and culture as the temple itself provide us with a lot of values. When you are here, enjoy every minute and momment you can.

You will start the tour on the morning. 9.00 AM in the morning will be good enough. Our guide and driver will meet you at the hotel and accompany as the tour running. Prambanan temple located at the border of Special Province of Yogyakarta and Central Java. It takes around 45 minutes from the heart of Yogyakarta City. Around 9.45 AM you will arrive at the Prambanan Temple and your guide will help you to register.

Inside you, our guide will provide enough information about the temple as you explore the beautiful elements inside it. Walk around the temple for one until two hours will be sufficient. As inside the temple park area there are more places to visit and several add ons that may interest you.

You will finish inside the temple around 10.15 AM, and the driver is ready to bring you back at the hotel altogether with your guide. You will arrive at your around 11 in the afternoon and already have a good walk and experience at Prambanan Temple. Private 1 Day Kotagede Cooking Class Yogyakarta Tour Interested In Our Local Food For Lunch? Why Don’t We Cook By Ourself? Are you interested in our local food but afraid of tasting it on the street directly? We suggest you […] Private Jomblang Cave Tour Yogyakarta   Travel and exploration are the fundamental lifelong teachers; every discovery broadens your horizon and makes you feel close to those you love. It is exciting to visit such as place, but it is even […] 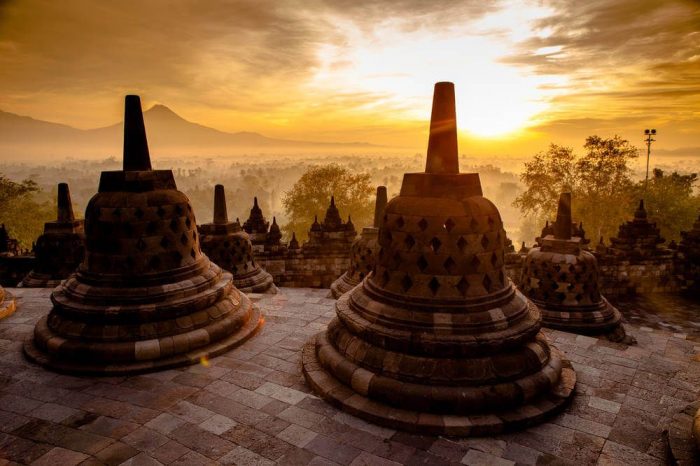