Exclusive and Classic Heritage Tour 5 Day 4 Night Yogyakarta Yogyakarta Special Province is a unique cultural province inside Indonesia and it is ruled by a Sultan. Yes, a Sultan. This province has a Sultanate and … Private 1 Day Kotagede Cooking Class Yogyakarta Tour Interested In Our Local Food For Lunch? Why Don’t We Cook By Ourself? Are you interested in our local food but afraid of tasting it on the street … 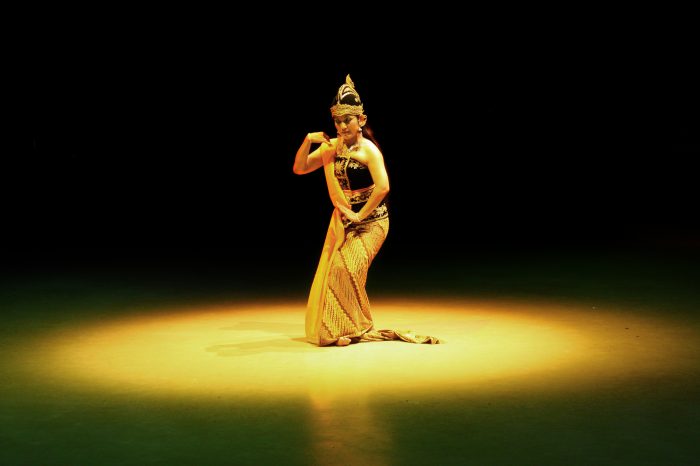 Private 1 Day Ramayana Ballet Perfomance Yogyakarta Tour Graceful Perfomance Behind The Magnificent Prambanan Temple, The Second Largest Temple In The World Ramayana is an ancient love and epic poem which narrating the love and struggle of … 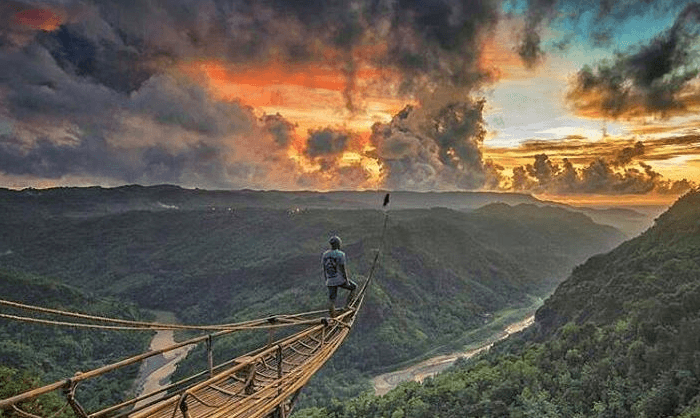 Private 1 Day Kraton Ngayogyakarta Hadiningrat Tour A Picture Of Cultural Fusion Imagine this, when you go into an Islamic Kingdom Palace, you don’t find cubes and the crescent moon on top of it. You will … Private 1 Day Batik Class Roro Jonggrang Tour Learn About Our Traditional Culture Through Painting Batik Batik is the Javanese traditional fabric that are decorated by multiple design and colour. Batik actually is a Javanese slang that … Private 1 Day Pindul Cave Tubing Tour Pindul Cave is a cave hallway located in Gunung Kidul Town, Special Province of Yogyakarta.  It was formed from natural chemical process through karst weathering. The cave itself is … Private 1 Day Prambanan Temple Yogyakarta Tour The Second Greatest Ancient Hindhu Temple In The World   “More than 240 temple was build on 49,284 m2 wide area on the 9th Century. It was intended as a … 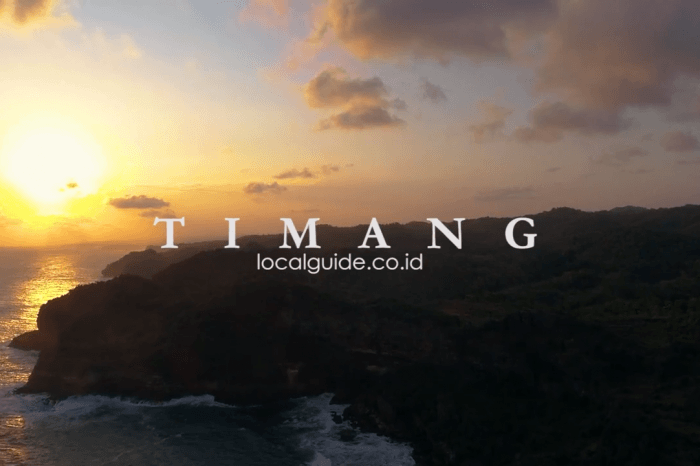 Private Jomblang Cave Tour Yogyakarta   Travel and exploration are the fundamental lifelong teachers; every discovery broadens your horizon and makes you feel close to those you love. It is exciting to visit such as place, but … 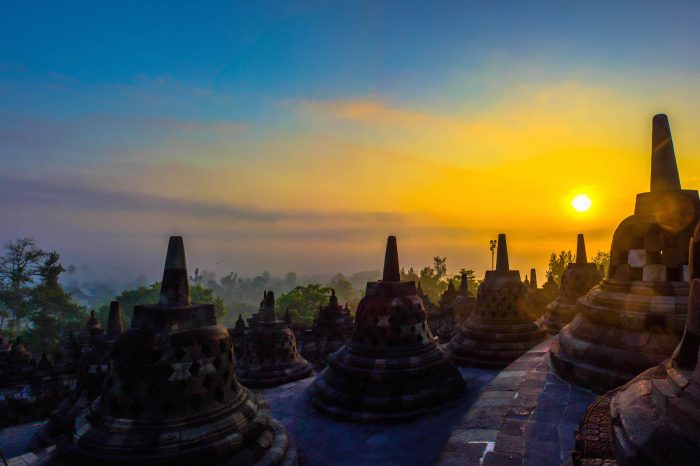 Private Luxury Merapi Volcano Tour Sunrise Yogyakarta Day 1 Arrival at Adisucipto Airport, Meet our guide and having lunch at the local restaurant. After finish with lunch, direct transfer to your hotel. Day 2 Transfering to the Jeep operator … Private Tour Classic History Yogyakarta Day 1 Arrival at Adisucipto Airport, Meet our guide and having lunch at the local restaurant. After finish with lunch, direct transfer to your hotel Day 2 Learning our culture by experiencing it through … Yogyakarta’s Vibrant Cultural Life Of the 32 provinces in Indonesia, Yogyakarta’s Daerah Istimewa Yogyakarta (DIY) takes a special place as the premier cultural center.The Javanese cultural centers are known the world over for their diverse and authentic cultural activities. Visitors […]

Of the 32 provinces in Indonesia, Yogyakarta’s Daerah Istimewa Yogyakarta (DIY) takes a special place as the premier cultural center.The Javanese cultural centers are known the world over for their diverse and authentic cultural activities. Visitors to the DIY are impressed by its location and prestigious history. The region is located just next to the active Merapi Volcano. This serves as one of its main attractions for visitors to this area.

The city was established in the 18th century. It is in Yogyakarta that the mighty Mataram Empire made a home in the 16th and 17th centuries. With this kind of far-reaching history, Yogyakarta is rich in traditions and cultural matters. It is thus a magnet that pulls visitors from all corners of the globe. The city is indeed a powerhouse for music, puppetry, and traditional dances. Not surprisingly, the region has become one of the most densely populated regions in the country.

Why are local and foreign tourists are alike attracted to Yogyakarta? Well, it has plenty to offer. Highly talented artists of all nature provide thrills to the hundreds of all kinds. You will encounter performances in contemporary and classical Javanese dances, leather puppetry locally known as Wayang kulit, and a raft of other traditional art expressions that will leave you awestruck. That is not all. You will find leather, silver, and batik works by skilled artisans on display. Lovers of modern art are invited to visit ASRI to encounter the modern works of Indonesia’s finest artists. ASRI is an art school that was made famous by Affandi, the late arts guru. It is dedicated to nurturing talent in modern art impressionism.

Due to its location, many people refer to Yogyakarta as the gateway to the central of Java. It is also very easily accessible. A visitor
can take the daily flight services from Bali, Surabaya or Jakarta to Yogya. Alternatively, you can travel by road or train. Once in the city, there is a lot that you can do. The obvious choice for most visitors is to sample the many cultural delights it has to offer. However, there is more than this. You can decide to experience the rich food culture that is on almost every street. Many
visitors also revel in the numerous shopping centers. Accommodation should not be a matter of concern. There are many hotels to cater to your budget and tastes on Sosrowijayan Street.

The Sultan’s Palace (Kraton) in Yogyakarta is clearly the most preferred place by most tourists. The palace is an embodiment of the region’s rich history. It is rich with all the art culture that Yogyakarta has experienced in the last 500+ years. In spite of this, Yogya has made remarkable strides in embracing modern culture and lifestyles. The stark contrast of old, decaying 18th-century buildings and modern architectural designs makes this city unique. The current sultan resides in one of the more modern luxurious buildings. However, not far away from his residence, you will find buildings that embody Yogyakarta’s rich historically heritage. Another unique thing about the city is that still uses the Becak form of transportation.

Yogyakarta’s Special Province lies smack in the southern
part of Central Java. It is surrounded by the following Central Java
administrative boundaries:

The special region is located about 100 kilometers from Bali and 600 kilometers from Jakarta. Considering that these two are very important transnational gateways, Yogyakarta’s location is very significant. Getting to the region is quite hassle-free. With excellent means of transport connecting to Lombok, Bali, Sumatra and the rest of Java, a visitor can never be stranded. You also get to pick your means of transport – train, plane or bus. Plans are underway to improve on the classification of Yogyakarta’s Adisucipto Airport. It is expected that it will be receiving and sending both chartered and international flights before the end of the year, in addition to the current domestic flights from Jakarta and Bali.

The southern part of Yogyakarta is bordered by the Indonesian Ocean. This part of the province captures over 100 kilometers of
shoreline that starts from the Sadeng Beach in Gunung Kidul Regency and ends at the Congot Beach located in Kulon Progo Regency.

As a result of its location and infrastructure, Yogyakarta is a haven for both business people and tourists. It is a beehive of economic activities that interconnect East Java, Bali, West Java, Central Java and Jakarta. These activities are ably supported by the excellent means of transport that connect Yogyakarta to all the other regions.

The lowest temperature that you can experience here is 18 degrees, while the highest is 35 degrees. However, most days experience an average temperature of 27 degrees Celsius. Humidity averages at 74%, with the maximum being 84% and the minimum at 65%. The locals and visitors enjoy sunshine all year round, with the exception of only one season of heavy
rainfall, which begins in August. When it does rain, the rainfall measures between 3mm and 500mm. annually, the area gets a rainfall of 1,900mm. The months between May and August are relatively rain-free.

Most of the residents speak Javanese. This is a language whose roots lie in the ancient language of Sanskrit. However, the region is a hub of learning activities, with students from all over the country attending its numerous centers of learning.

The special province is vibrant with ancient Javanese culture. By virtue, the fact that it has been home to a number of ancient
kingdoms, the region is known for art, culture and rich records of civilization. The years between the 8th and 10th centuries were the era of the first Mataram Kingdom. The second Mataram Kingdom reigned between the 17th and 18th centuries. The reign of the current Sultanate Ngayogyokarto started in the mid-18th century.

The cultural heritage that Yogyakarta is known for features such things as beautiful temples, cultural events, unique traditional palaces, decaying monasteries and palaces and performing arts. This gives Yogyakarta’s credence to the claim that it is the cradle and custodian of Javanese culture.

Yogyakarta also goes by the name of City of Art and Culture. Many cultural activities take place here on a daily basis. On any day, you will encounter performances of music, poems, dances, pantomime, plays and many more. These are the very soul of the city. The activities at the Labuhan, Sekaten, Malibor Fair, and Gunungan will leave even the most curious of tourists well satiated.