Private 1 Day Bali Dolphin Watching Tour Bali is an island in Indonesia and is very famous for its beaches, corals, and rice paddles. It is a great honeymoon paradise and is also a land of … Private Tour 1 Day Trip Nusa Penida Bali One of the best-kept secrets of Bali is Nusa Penida. This picturesque island is located to the South East of Bali. It is a good spot for beach …

Why Bali is the Choice Destination for Tourism Bali is known for its picturesque rugged volcanic hills, undulating coastlines, and sandy beaches. Its beauty is further accentuated with rich rice terraces and a variety of activities that include diving, archeological […]

Why Bali is the Choice Destination for Tourism Bali is known for its picturesque rugged volcanic hills, undulating coastlines, and sandy beaches. Its beauty is further accentuated with rich rice terraces and a variety of activities that include diving, archeological excursions, and surfing. For all these, many visitors perceive it as a little heaven on earth. It has all that you would expect in a paradise. Indeed, legend refers to Bali as the island of the Gods.

The above attributes make Bali one of the choicest destinations for tourists. It is the first choice for tourists from Australia, Europe,
America and Asia. A large number of tourists from Africa have also discovered the hidden treasures of Bali, and are increasingly choosing it as part of their must-visit destinations. Apart from the many archeological, historical and cultural attractions, many people are drawn to this island for its wide range of accommodation. As such, Bali has consistently bagged international travel awards as a premier tourist destination. 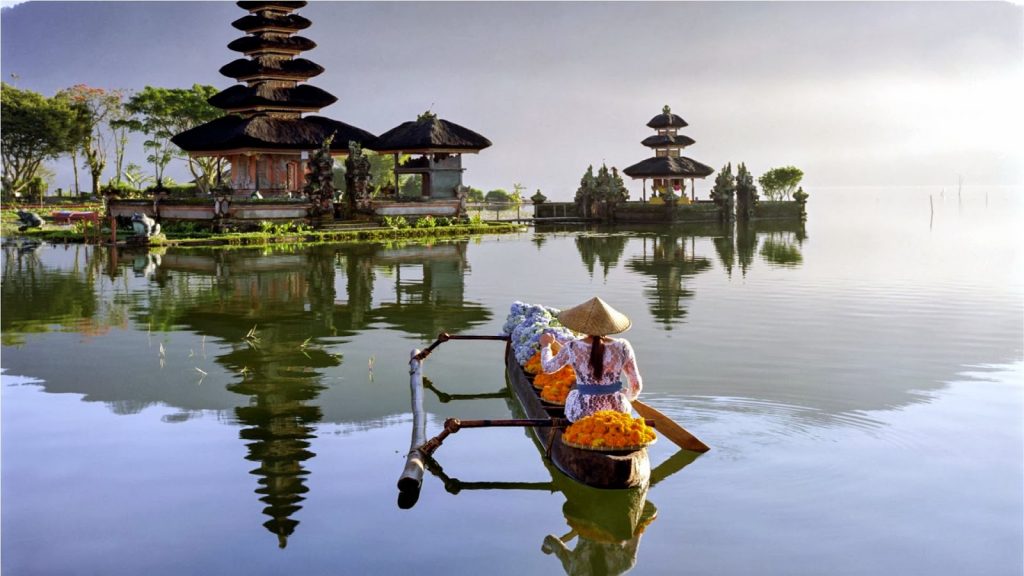 As one of the 17,000-island archipelago that is Indonesia, Bali has far much more to offer than most other tourist destinations. The people are friendly, welcoming, and display a level of spirituality that is simply amazing. Combine this with the islands vibrant culture and its offer of a variety of activities for tourists, and you have yourself a winner in as far as tourist attractions go. In fact, close to 85% of international tourists who visit Indonesia end up in Bali. No wonder many people refer to this scenic island as paradise on earth!

Bali is quite accessible by both air and sea. It is about 1.5 miles (2km) from Java and Island, to the west of Lombok. It hosts over 4 million people. Measuring about 50 miles (80km) north to south and 90 miles (144km) east to west, some parts of Bali can be overcrowded during the peak tourist season considering the large population. For example, most of the sites of interest tend to be overcrowded during festive seasons (Christmas, New Year, national holidays, school holidays, etc.).

Other areas like Kuta, which was once a favorite destination of thousands of tourists, has lost its former allure due to the increase in the numbers of scammers and touts. However, in spite of all these challenges, Bali has retained its magic as a cultural destination. It is still peaceful.

The culture that is very much evident in Bali today is a mixture of three influences. The largest influence comes from the neighboring Javanese culture. However, it also incorporates the culture of its animist past and influences from the Hindu culture. Hindus arrived in Bali around 100BC, and elements of their culture are still evident today in the villages of Trunyan and Candidasa. At one point in history, Bali was under the Javanese Majapahit Empire. The encounter of the two cultures led to the assimilation of Javanese aspects of life like building and construction, dance, puppetry, sculpture andother aspects of art.

The rise of Islam spelled the death knell for the reign of the Majapahit Empire in Java about 500 years ago. Bali gained its independence with the fall of the empire, and the Java aristocracy fled to Bali for refuge. This brought in an even greater intermarriage of religion, works of literature and art. Bali became divided into sections controlled by rajas, who would often unite to ward off the threat from the Java Muslims.

Bitter territorial battles between the Dutch and the Balinese ranged between 1846 and 1908. The wars were fierce and brutal. In spite of the superior Dutch firepower, the Balinese adopted a war suicide policy referred to as puputan. This policy called for the Balinese fighters to struggle to the bitter end no retreat no surrender. This made many of them be butchered at the hands of Dutch canons. Of course, the world was sickened by the Dutch atrocities that reigned over this period. In an attempt to appease public opinion, the Dutch did not force the conquered Bali into their compulsory cultivation system. Instead, they promoted the growth of Balinese culture through cleverly crafted appeasement policies. This is one of the key reasons why traditional Balinese culture is very vibrant today.

The development of tourism brought a change of fortunes for Bali. When the surfing and beach activities became popular with local and international tourists, the government realized the need to harness tourism to generate income. Of course, for this to happen successfully, the government had to work at inculcating some sense of public trust. By the 70s visitors from everywhere had started flocking to the island to sample its hundreds of pleasures. In spite of the scare brought about by the 2002 and 2005 terrorist attacks, Bali remains a trusted destination for tourists of all calibers. As noted earlier, the people of Bali are very friendly and accommodating to tourists. In addition, they are polite, well-mannered and treasure their culture. It is important that you be cognizant of some of the do and dont to observe in public. Visitors are expected to behave in a modest manner, be polite and dress decently. Indecent exposure and acts public display of affection is considered immodest and should be avoided. However, you can wear your bikini in hotel swimming pools and on the beaches.

What Ceremonies should you expect in Bali?

The island holds very many ceremonies during the year because of the presence of the over 20,000 temples here. Considering that each temple holds at least 2 celebrations annually, you are likely to encounter important festivities almost every day of the year.

i. The Hindu New Year (Nyepi).

This ceremony is held in March or April, and the date changes annually. This year, it was held on 17th March 2018. Colorful giants that take part in melatsi processions characterize
this ceremony. On this day, the island comes to a standstill on the island, save from the ceremony itself. Everyone, including tourists, is asked to keep away from the streets and beaches. They have to stay indoors. For 24 hours, the Bali airport remains closed. Nothing at all can be done in public. The day is marked by absolute silence by all. However, all forms of emergency workers are exempt from this rule, and they can go about their duties.

The magnificence and awe that accompanies this ceremony draw hundreds of visitors to Bali every year. Many are enthralled by the privilege of taking part in this ceremony.

This festivity is celebrated for 10 straight days in every 210 days. It is meant to celebrate the demise of the legendary oppressor Mayadenawa. People move the streets with poles on to which food is attached. This food is meant for their ancestors and gods.

This funeral ceremony involves elaborate rituals in which a number of the dead are cremated. It is full of pomp, and a remarkable sight. Bali also celebrates all national and school holidays that
are in Indonesia.

The Climate in Bali

The weather and climate in Bali are generally pleasant and conducive to tourism. For most of the days, the temperatures average about 27.5 degrees Celsius, with lows of 20 degrees Celsius and highs of 33. However, these temperatures drop with the low humidity that prevails between June and September. The rains come between the months of December and March.
This period is characterized by high humidity. The rains start in the afternoon and late evening, so the mornings remain sunny and you can go about exploring the joys of Bali. Should it happen that the rains change in pattern and start early, you can move to the nearby Bukit Peninsula, which usually remains relatively dry and sunny for most of the year.

Indeed, Bali is a little heaven on earth. For the discerning tourist who would want to experience genuine Balinese traditional culture, you will not be disappointed by what the Island of the Gods has to offer.