Labuan Bajo tourist spot is an area located in Komodo District, West Manggarai Regency, East Nusa Tenggara province, Indonesia. Not so far from Bali, Labuan Bajo is increasingly in demand and is becoming a prima donna for domestic and foreign tourists. The allure of natural and marine tourism in Labuan Bajo will certainly make it difficult to look away.

Various choices of tourist spots can be visited when traveling in Labuan Bajo. Visitors can also adjust to their budget. Although there is access to tours that are fairly expensive, it turns out that there are still tourist destinations with free and affordable costs.

Curious about the cool and interesting Labuan Bajo tourist attractions? Here is a review of the 14 most interesting and recommended tourist destinations in Labuan Bajo. It will not be complete to visit Labuan Bajo if you haven’t been to Komodo Island. This is where animals in the form of ancient lizards live and roam. Recognized as a world heritage site by UNESCO and one of the seven natural wonders of the New 7 Wonders of Nature, Komodo Island is a must spot in Labuan Bajo.

The exoticism of the endemic Komodo dragon is increasingly enriched with a landscape that is so enchanting. The natural beauty of this island with green hills, and the charm of the beach. Will make you forget back to home.. The most popular spot on Rinca Island is the highest point in the form of a mountain with a height of 670 meters above sea level. The scenery around Flores can be seen when you are at its peak. Not only that, you can also find Komodo dragons while you are here. Educational and nature tourism is increasingly complete with environmental conservation activities in the form of planting mangrove trees on the coast of Rinca Island. 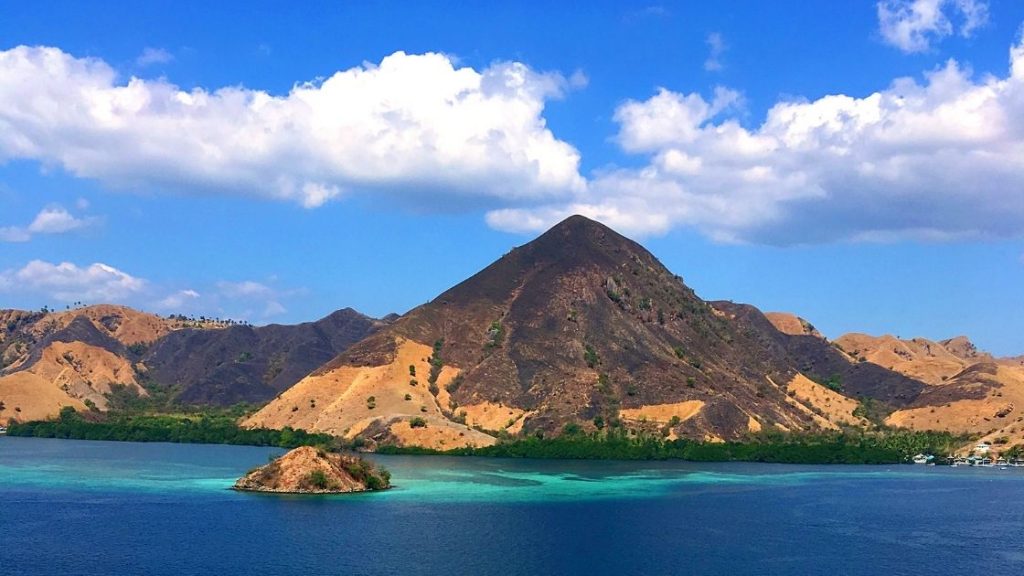 To reach Kelor Island, visitors can use a boat from Labuan Bajo with a travel time of about 30 minutes.

With its soft and clean sand and very clear water without coral in it, it makes visitors feel at home spending time playing water on this island. The underwater scenery when snorkelling is no less beautiful. We can see coral reefs with various colorful and very cute fish around it.

In addition to snorkeling, visitors can also freely dive because the waves on this beach are quite calm so it is not too dangerous for free divers.

So for those of you who want to explore Komodo National Park, take a moment to stop on Kelor Island to just enjoy the beauty of the beach and underwater. So clear, the underwater beauty is clearly visible from the ship. Various types of coral reefs and other marine life can be seen in the waters of Kanawa Island. If you are not good at diving, relaxing to enjoy the beach atmosphere by playing in the sand and sunbathing also remains an exciting activity. It is common knowledge that Labuan Bajo is a paradise on earth for diving enthusiasts. Moreover, the most popular spot in this area is Manta Point. Pinned with that name, the manta point is an area to experience the sensation of swimming with mantas or giant stingrays.

The diving experience at Manta Point will definitely be so different from mainstream diving. So, make sure to provide an underwater camera so you can capture unforgettable moments at Manta Point. From the name alone it is clear that this beach has a close relationship with the color pink or pink. Well, Pink Beach Labuan Bajo is indeed a beach with pink sand. Not black or white like on most beaches. The uniqueness of Pink Beach is only one of seven beaches with pink sand in the world.

Where did the pink color come from? Investigating a calibaration, it turns out that the color is caused by coral fragments and marine life which are indeed pink. Have you imagined instagramable photos with this unique beach background? Don’t miss the underwater beauty at Pink Beach because its charm is no less captivating. You can also do snorkeling and diving if you are on vacation here, yes. The next best tourist spot in Labuan Bajo is Gili Laba, the amazing spot of Gili Laba is included in the Komodo National Park area. Gili Laba is a small island that is very famous for its natural beauty.

The exoticism of the green hills framed by the expanse of blue sea makes Gili Laba looks very charming. This green natural panorama will turn like a brownish savanna in Africa when the dry season arrives. For those who are looking for instagramable spots, Gili Laba is the ultimate answer. Lake Kelimutu is an icon of Labuan Bajo tourism which has been popular for a long time. The three lakes in the Mount Kelimutu area have colors that can change at certain times. The uniqueness of the natural charm of Lake Kelimutu is also complemented by the features of local myths and legends.

Even today, local residents still believe in mystical events that often occur in the Kelimutu Lake area. But don’t worry, as long as you respect the trust of the people of Labuan Bajo. Beautiful and romantic views are presented charmingly in the Bukit Cinta area of ​​Labuan Bajo. Especially because this semi-circular hill is directly adjacent to the sea. The atmosphere is even more romantic in the afternoon before sunset.

You could say, Bukit Cinta is one of the best tourist attractions in Labuan Bajo to watch the sunset. Coming with your lover or idol will definitely leave a special impression on Bukit Cinta. Unique tourist destinations in the form of caves can also be found in the Labuan Bajo area, precisely in West Manggarai Regency. Rangko Cave is an exotic cave decorated with various stones and stalactites that are not so sharp. Thus, this cave is relatively safe to be accessed by tourists who like to do caving activities.

In addition, the specialty of this cave because it has a bottom in the form of blue sea water. To get here, the struggle is not so easy because you have to walk and be guided by the services of a tour guide. But this sacrifice will surely be paid off with the natural beauty of the Rangko Cave, Labuan Bajo. Besides Rangko Cave, there are still other caves that are recommended visits when in the Labuan Bajo area. Namely Batu Cermin Cave, a cave that has a hole at the top so that it becomes a place for sunlight to enter. The sunlight will be reflected on the surface of the water in the cave and reflect the water image like a mirror.

You need to be careful when walking through the cave so you don’t slip. In addition, visitors must walk squatting and bending in some parts so as not to be stabbed by the stalactites. This extreme nature tourism will certainly provide a different holiday experience in Labuan Bajo than just relaxing on the beach. It is recommended to visit Labuan Bajo in the range from February to March. You see, the Komodo dragon festival is usually held for two months. The cultural festival will display various traditional Flores arts in front of tourists.

Starting from singing and dancing can be enjoyed comfortably. To take part in a series of festival events, there are no additional fees to be paid or free, you know. Not only a cultural festival, Labuan Bajo does have a cultural village that still maintains its customs from generation to generation. This unique exotic village is named Wae Rebo. It is located in the middle of the mountains so you can really feel the coolness among the green trees.

For those who are interested in Flores culture, staying at the Wae Rebo traditional house will definitely be a very interesting activity. You can witness the lifestyle of the locals which is really simple and maintains traditional values. Want to escape the modernity that makes your head spin, Wae Rebo is a tourist destination in Labuan Bajo that you must visit. Don’t miss exploring Cunca Wulang Waterfall when you are in Labuan Bajo. This waterfall is located in the Mbeliling Forest area with an altitude of 2,000 meters above sea level. At first glance, this waterfall is similar to Green Canyon because of the similarity of the color of the water.

Well, that’s a list of tourist attractions in Labuan Bajo that you must visit, what are you waiting for? Immediately order cheap airline tickets to enjoy an exciting vacation with Localguide. Not only that, also get special interesting tour packages from Localguide, right! 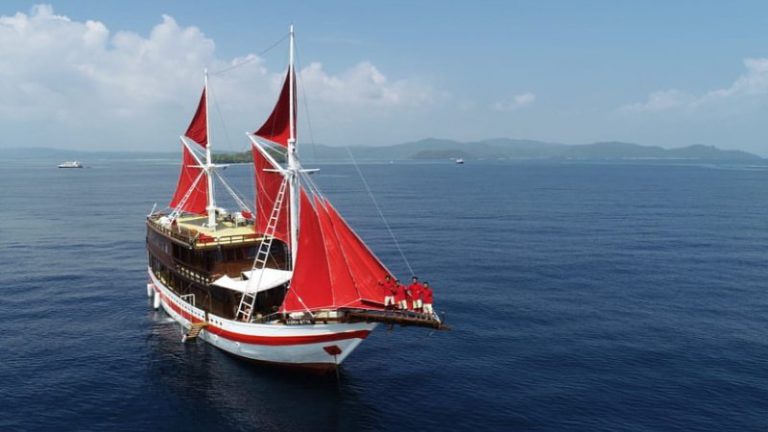